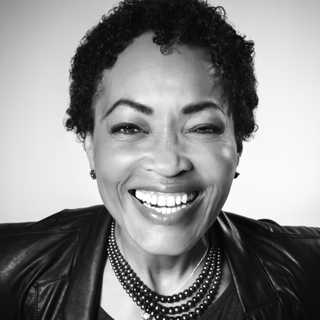 Gilda L. Sheppard PhD is a sociologist, filmmaker and educator. She is currently a member of the faculty in Sociology, Cultural and Media Studies at The Evergreen State College Tacoma Campus. For over a decade she has been teaching sociology courses at several women and men prisons in Washington State. Sheppard is a sponsor for the Black Prisoners’ Caucus in Washington State prisons, and is a co-founder and faculty for FEPPS- Freedom Education for Puget Sound an organization offering college credited courses at Washington Correctional Center for Women. Gilda is an award-winning filmmaker who has screened her documentaries throughout the United States; internationally in France at the Cannes Film Festivals, in Germany at the International Black Film Festival in Berlin and in Ghana West Africa at The WEB Dubois Cultural Center. Sheppard is a 2017 Hedgebrook Fellow for documentary film and a 2019 recipient of an Artist Trust Fellowship. Dr. Sheppard recently completed her feature length documentary Since I been Down on education, organizing and healing developed and led by incarcerated women and men in Washington State’s prisons. Sheppard is the author of several publication’s her recent book is titled Culturally Relevant Arts Education for Social Justice: A Way Out of No Way.