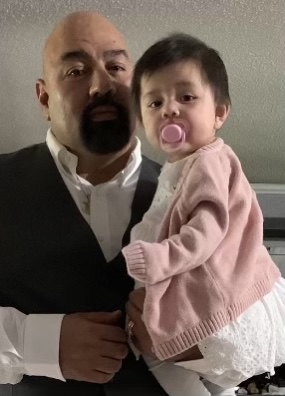 David Lujano is the founder of ReSet and Executive Director at New Connection Of South King County Kent WA.

Growing up between Los Angeles and Mexico – David became involved with and a member of a gang from an early age. After years of involvement and living the risk of the gang life, David moved to Washington to escape the danger of LA, only to become incarcerated in Washington State by age 19. While serving his 16-year sentence David was active in the gang culture inside of prison resulting in numerous years of Isolation. David understands the impact that prolonged isolation can have on the mind, body and spirit. Through reflection, growth and change, David recognized how he could use his role in the gang to positively influence and change outcomes, he fully committed to his vision of helping individuals caught up in the same lifestyle.

After his release, David attended college and was invited to various community events – through an introduction he was offered the role of outreach worker for Alive & Free (YMCA) mentoring and doing gang intervention work with youth impacted by gangs, acts of violence and the juvenile justice system. His work was pivotal in addressing the growing gang problem and his dedication to providing specialized outreach led to his promotion. In his role as supervisor, he lead the South King County Outreach team and served on the Youth LINC Intervention Team.

Being present in the community he observed the growth of Latino Gangs and the need for services within Latino Community. Through his relationship with St Vincent De Paul in Kent, together they created ReRoute, a gang prevention program targeted for younger teens to mitigate their risk factors while living in a gang affected community – David is now Program Manager of two youth programs and manages a team doing that work as well as serving the families connected to those participants.

As David’s reputation grew in the work and after countless speaking engagements, workshops and trainings he was invited to mentor and problem solve with young men in Green Hill (Juvenile Prison) where his expansive knowledge and experience of gang hierarchy allowed him to be heard and activate change. While in partnership with the Superintendent, David was able to use a non-traditional approach strongly rooted in relationship that was built by meeting the youth where they were. This partnership grew into the work of ReSet.

ReSet has become the culmination of the specialized work that David has demonstrated in the community and within institutions. This work merges a lifetime as a gang content expert with 10 years of serving and mentoring youth affected by gangs. This provides the insight critical to building relationship and influencing outcomes to create positive options for the youth most impacted by isolation.

David credits the power of relationship and his ability to listen and connect as the keys to success with everyone he serves – he hopes to change the landscape of youth justice and gang intervention work.